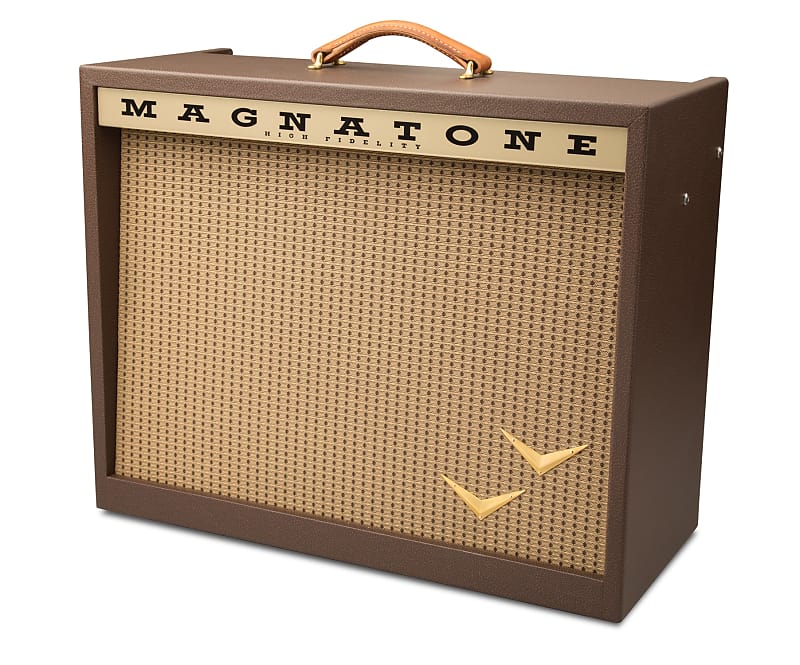 This is a great story about great folks doing important work on an iconic brand, Magnatone Electronics : The amplifier that Rocked the world!
I spent some time with Ted Kornblum in LA this January, going over this incredible amplifier, the story and how great these sound…WOW!
ALL PHOTOS AND CONTENT COURTESY OF MAGNATONE AND REVERB tm 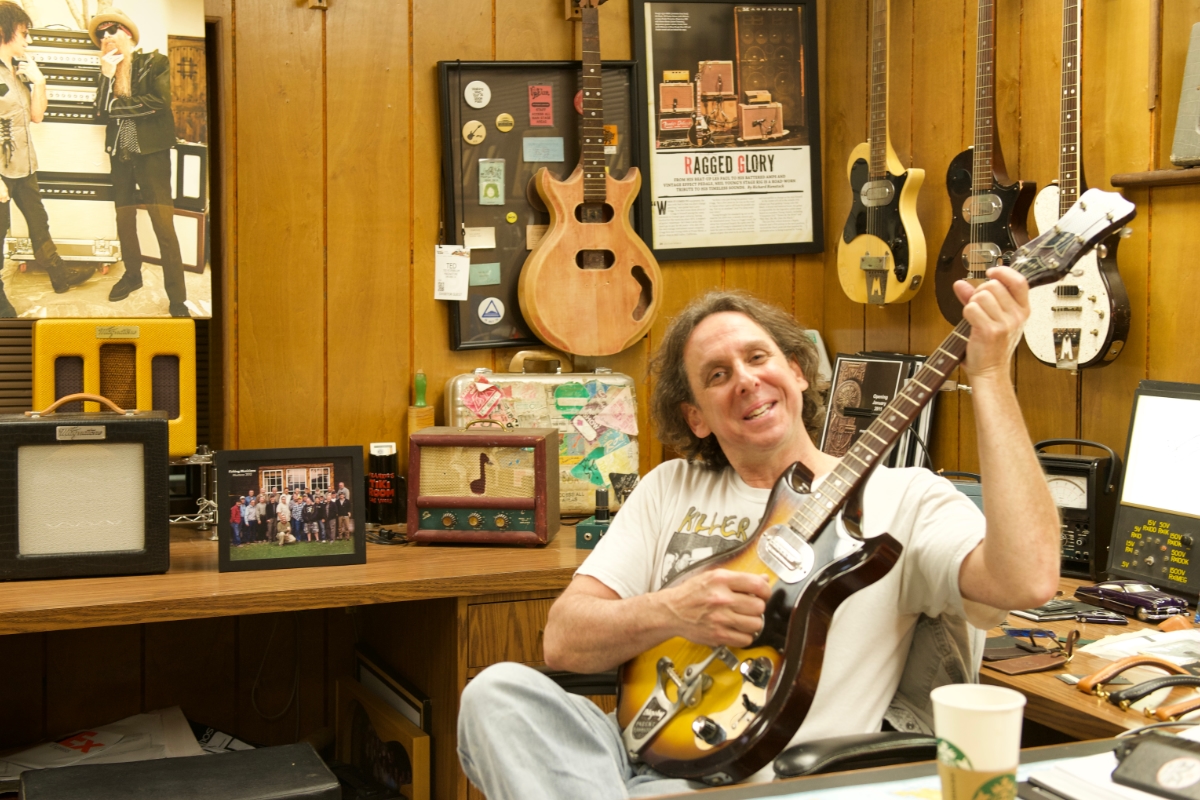 One day, Ted Kornblum was looking through some old catalogues and came upon Magnatone amplifiers.

It was a lightbulb moment that started an obsessive eBay quest and, a little later, a successful mission to bring back the brand and an improved line of amps.

Here, Ted explains in his own words how he and his team made all this happen.

“My grandfather came to America from Poland, and he started a company called St. Louis Music Supply in 1922, and then a West Coast division called Pacific Music Supply—which is how I believe they picked up distribution in the ’40s for Magnatone for the Midwest and West Coast, because Magnatone products were made in Los Angeles.

“While in high school, I would bring our guitars and amps to artists, and being a kid, they were open to me hanging around. I’d get endorsements and take photos for the advertisements. After college, I worked at Modulus Graphite guitars in San Francisco for a while, and then moved to New York City to work for a sales firm who taught me the ropes on the East Coast. I earned an MBA at the University of Denver and officially joined the family business. 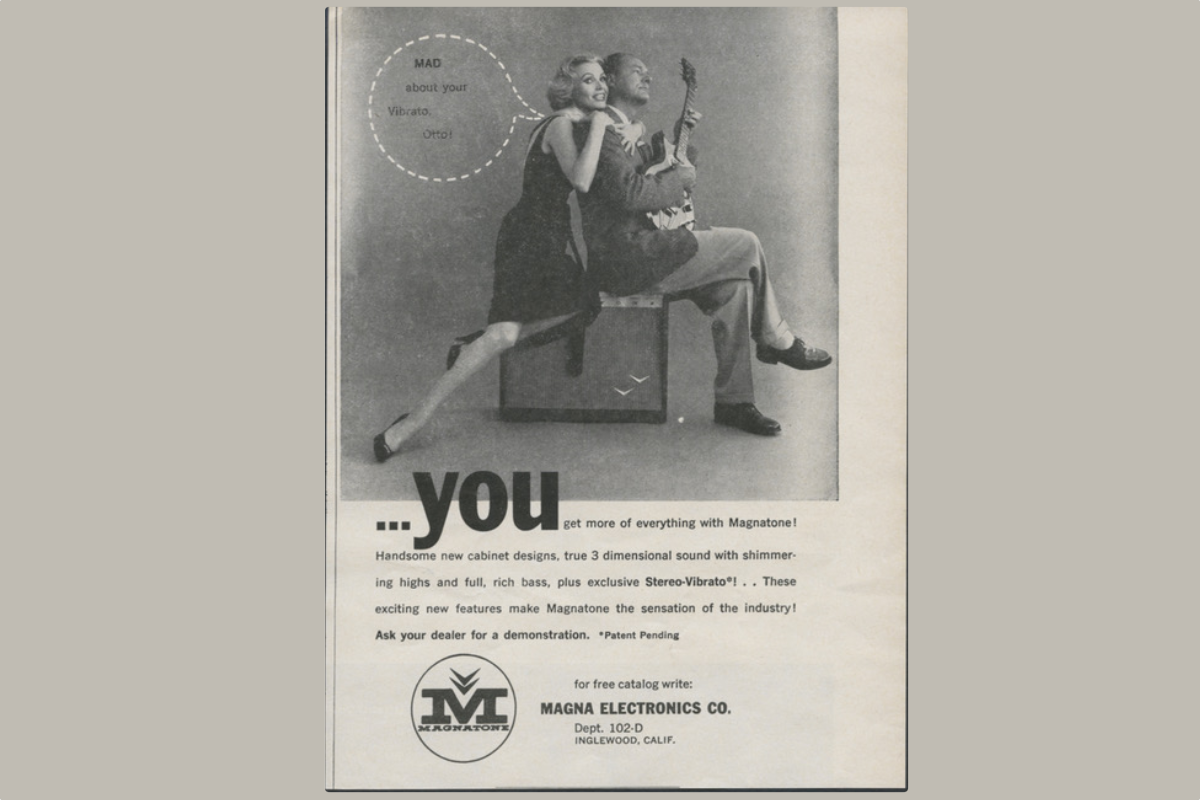 A collection of vintage Magnatone ads and catalog pages. 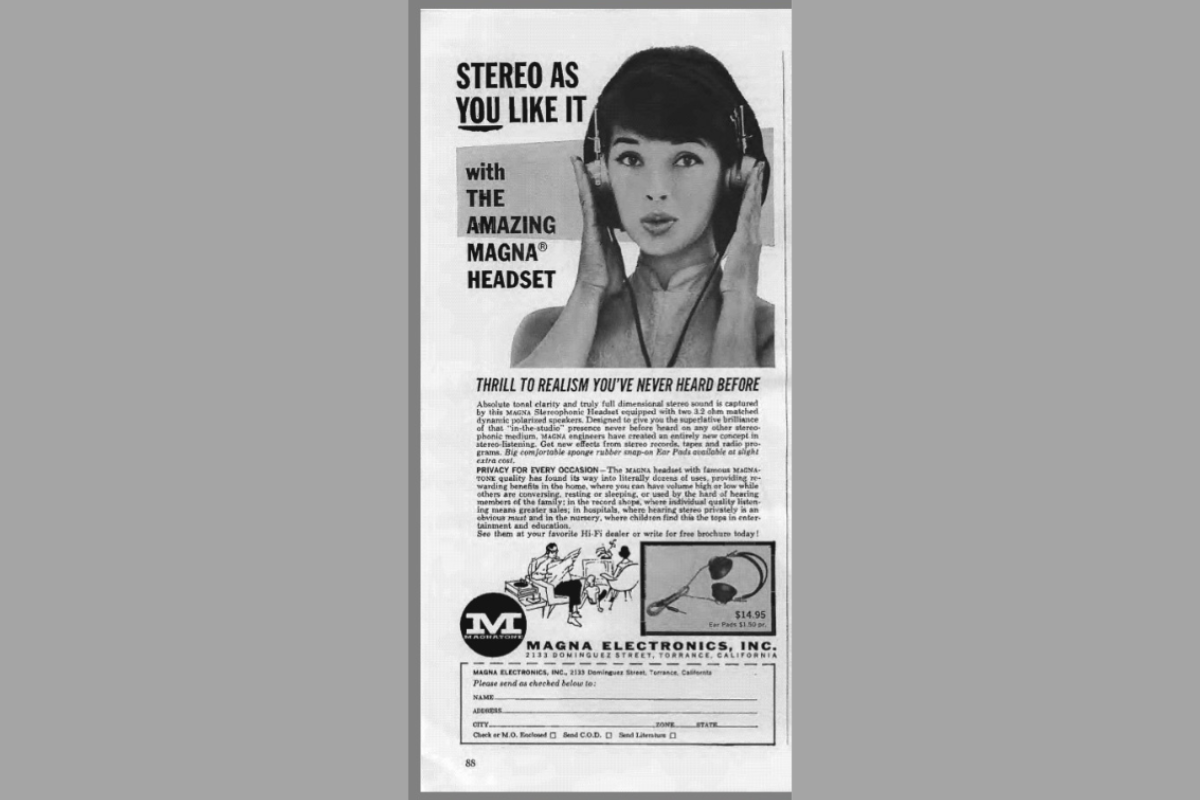 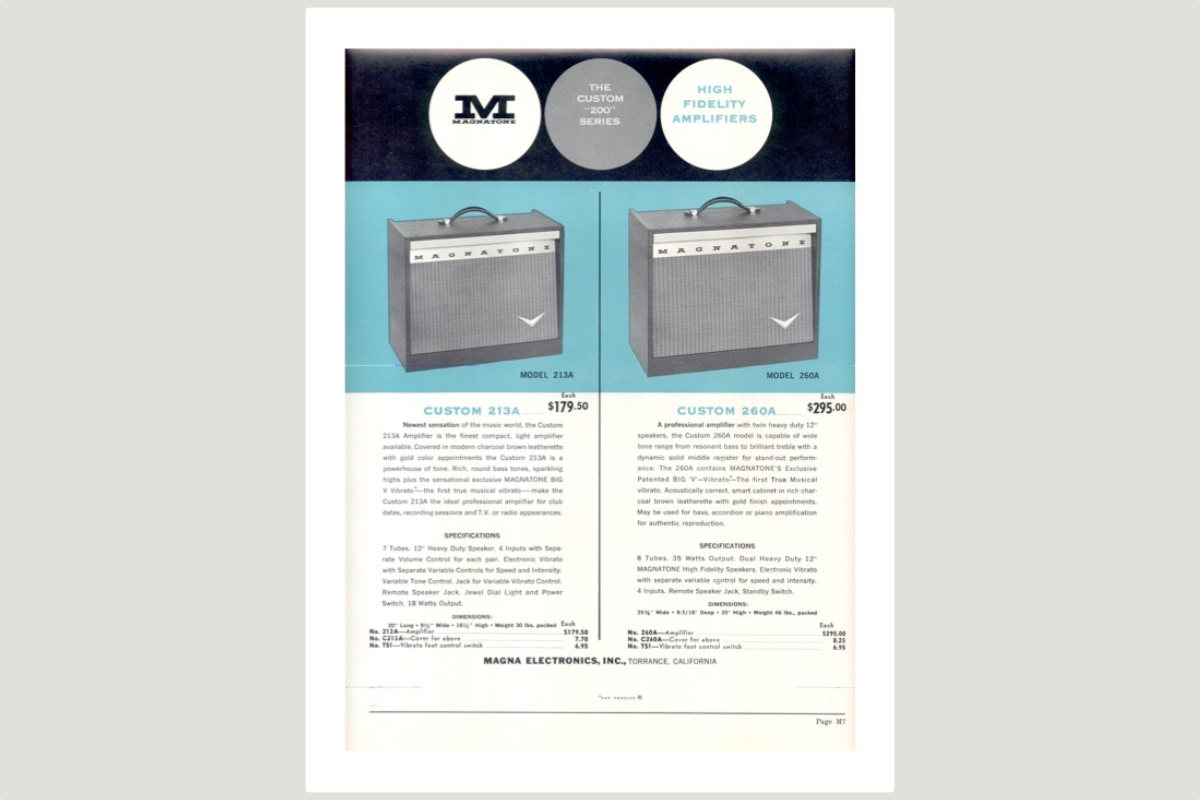 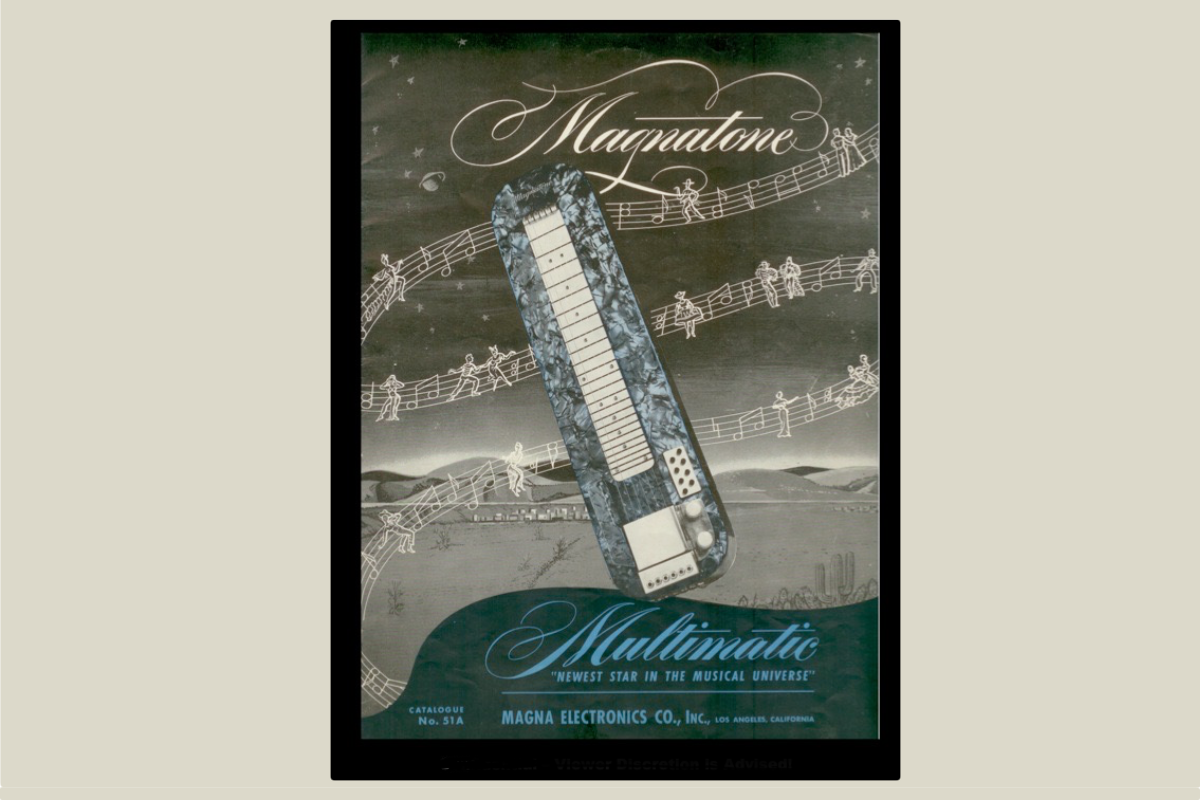 “At St. Louis Music, my passion was working with artists, and I took on all the Artist Relations for Ampeg, Alvarez, and Crate. Some of my favorite relationships were with Crosby Stills & Nash, Jerry Garcia and Bob Weir of Grateful Dead, John Denver, INXS, and Johnny Cash. Soon, though, I was like: ‘I’m working for my father now?’ Everyone looked at me as the owner’s son, which was not the easy experience that some people think a family business provides. My father, Gene, had grown St. Louis Music massively, but passing on a multi-generational business has its issues and risks for all involved. So we sold the company, and after a few years of being retained by the new owners, I parted ways.

“It was probably in 2007 that I came upon Magnatone as I looked through some old St. Louis Music brochures. I went on eBay and started buying back vintage Magnatone stuff, a sort of archaeological study on the history of this forgotten brand. I found Magnatone nickel-operated radios made for motels, monoblock tube amps and preamps, uranium detector kits, portable tube record players, and all with an incredibly cool vibe. I now have maybe 500 individual Magnatone items, right back to the very beginning in 1937 in Los Angeles—including quite a few amplifiers, lap steels, and electric guitars. And I figured there was an opportunity here to go out on my own.”

2. Take ownership of the brand

“When I realized there was such a thing as Magnatone, I went online to the Trademark section of the United States Patent and Trademark Office and typed in ‘Magnatone.’ There was a hearing-aid company called Magnatone, but Magnatone as in amplifiers came up as expired. I couldn’t believe it! The brand had disappeared around 1969.

“If a brand has lapsed, you can register it, and then it goes through a number of processes. You have to make a product and ship it out of state and have a sale receipt, which I guess shows interstate commerce. Then you have to register it in the classes you need, and because I wasn’t only interested in guitar amps, I registered Magnatone in everything! Clothing, watches, hats—everything. 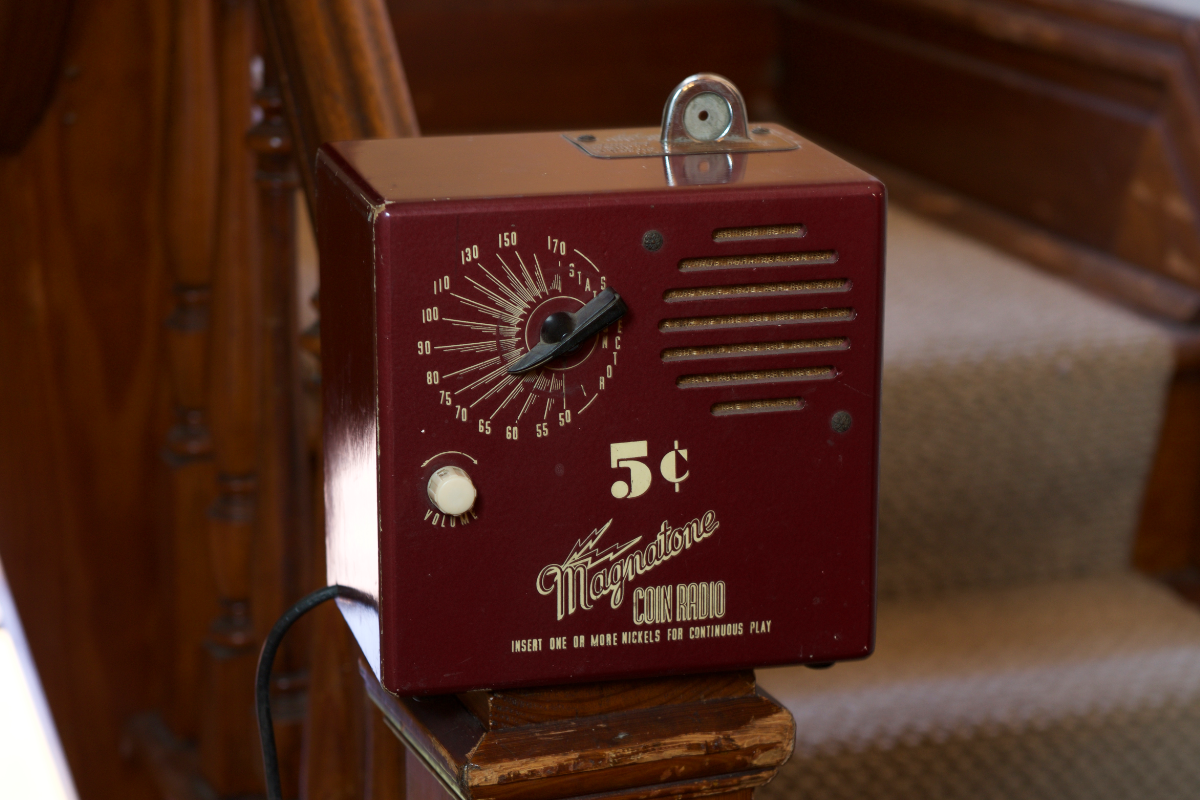 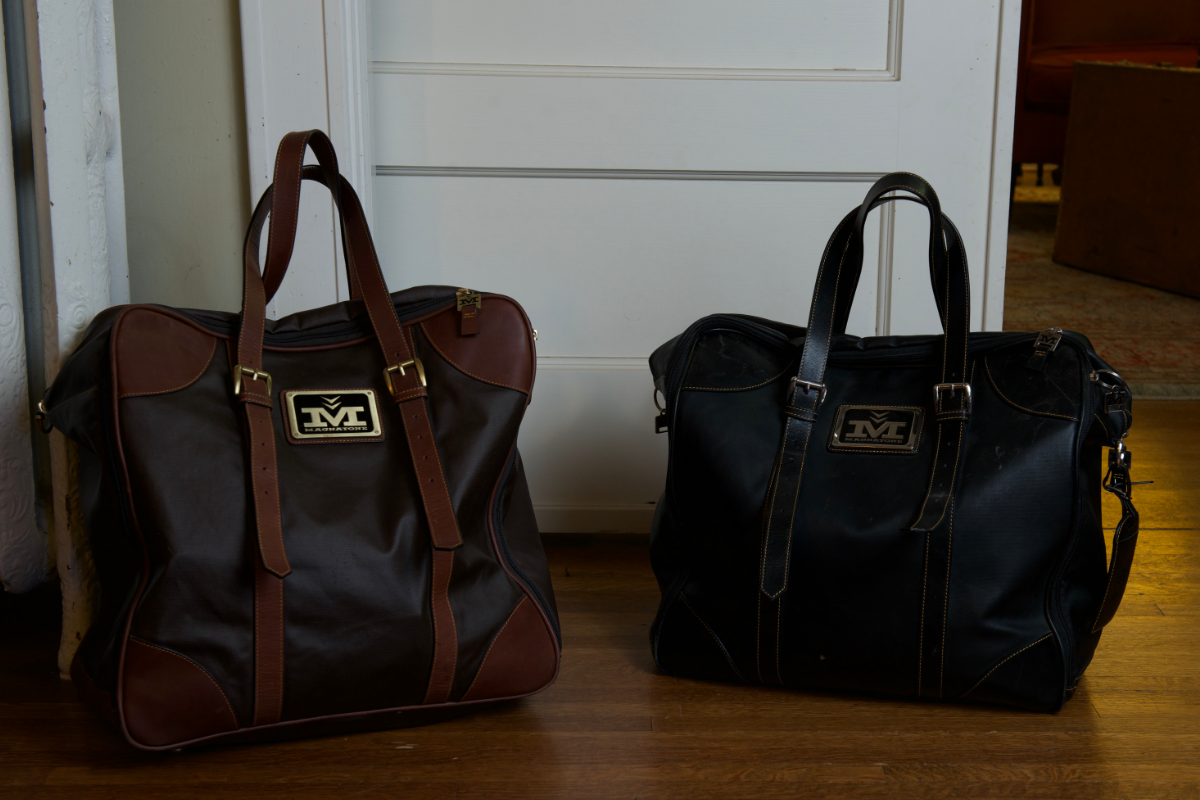 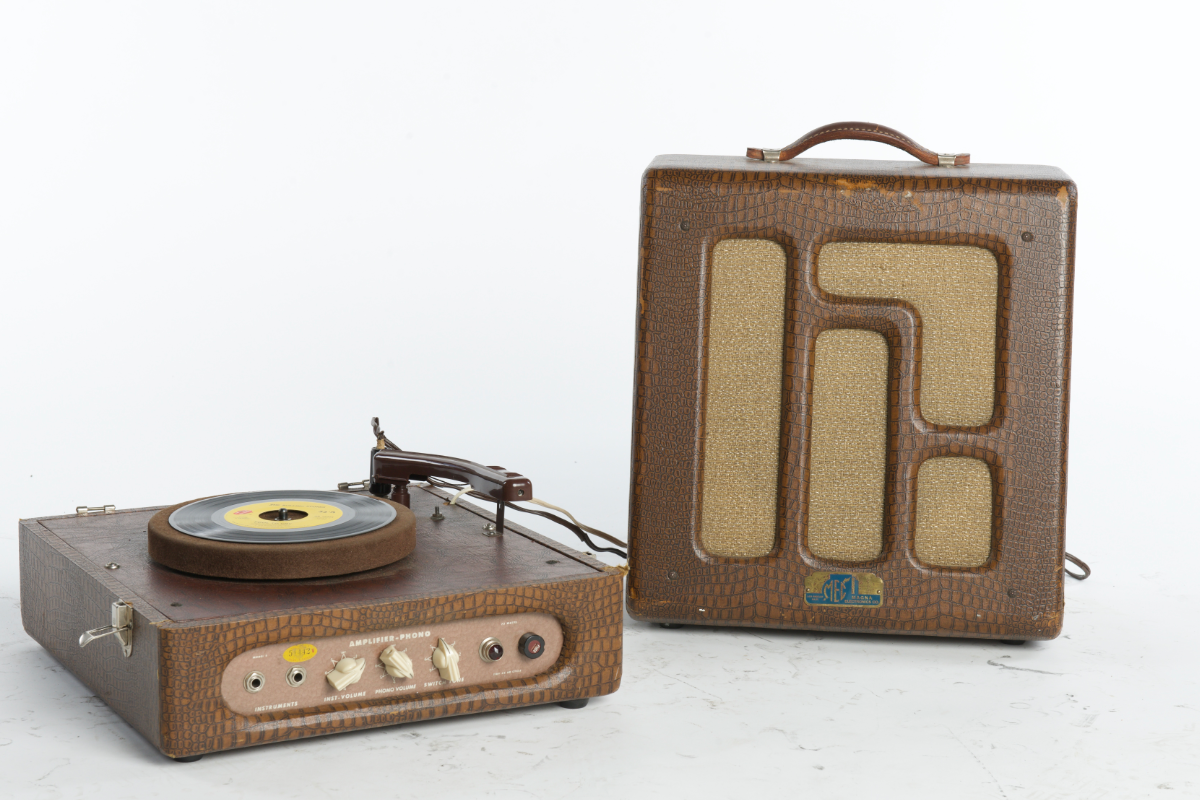 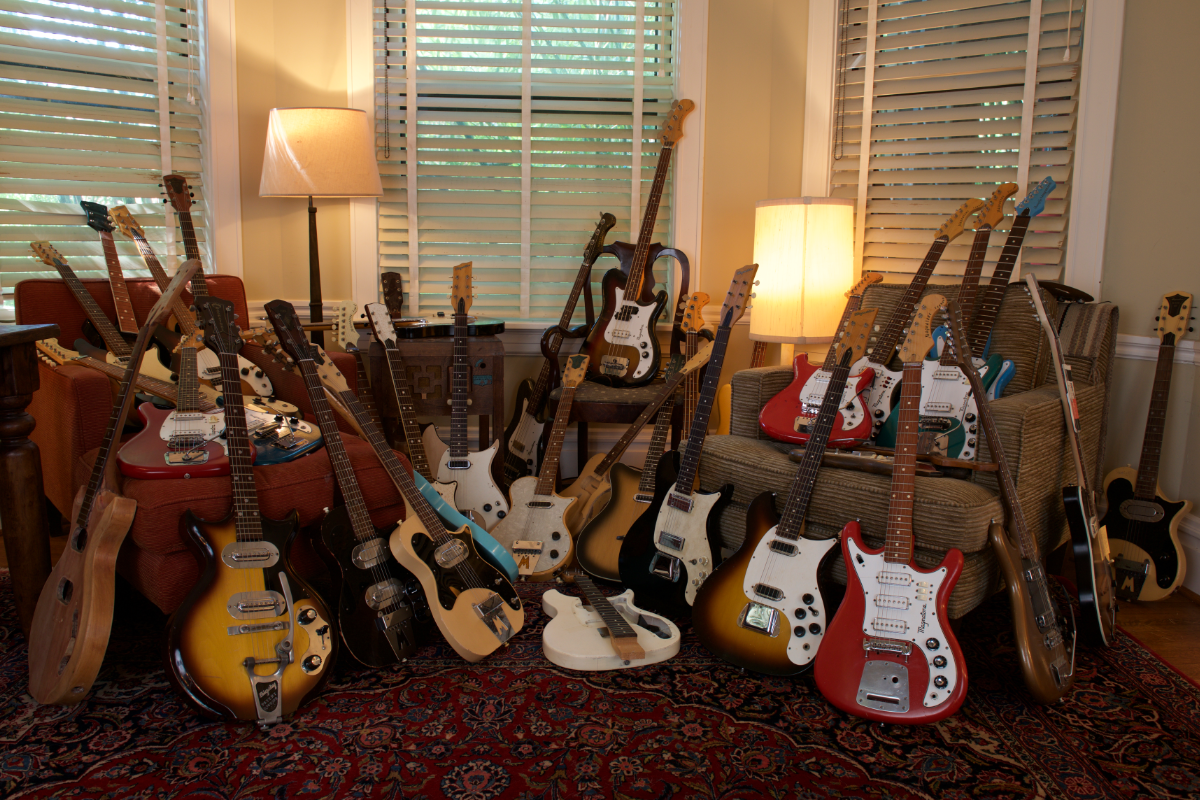 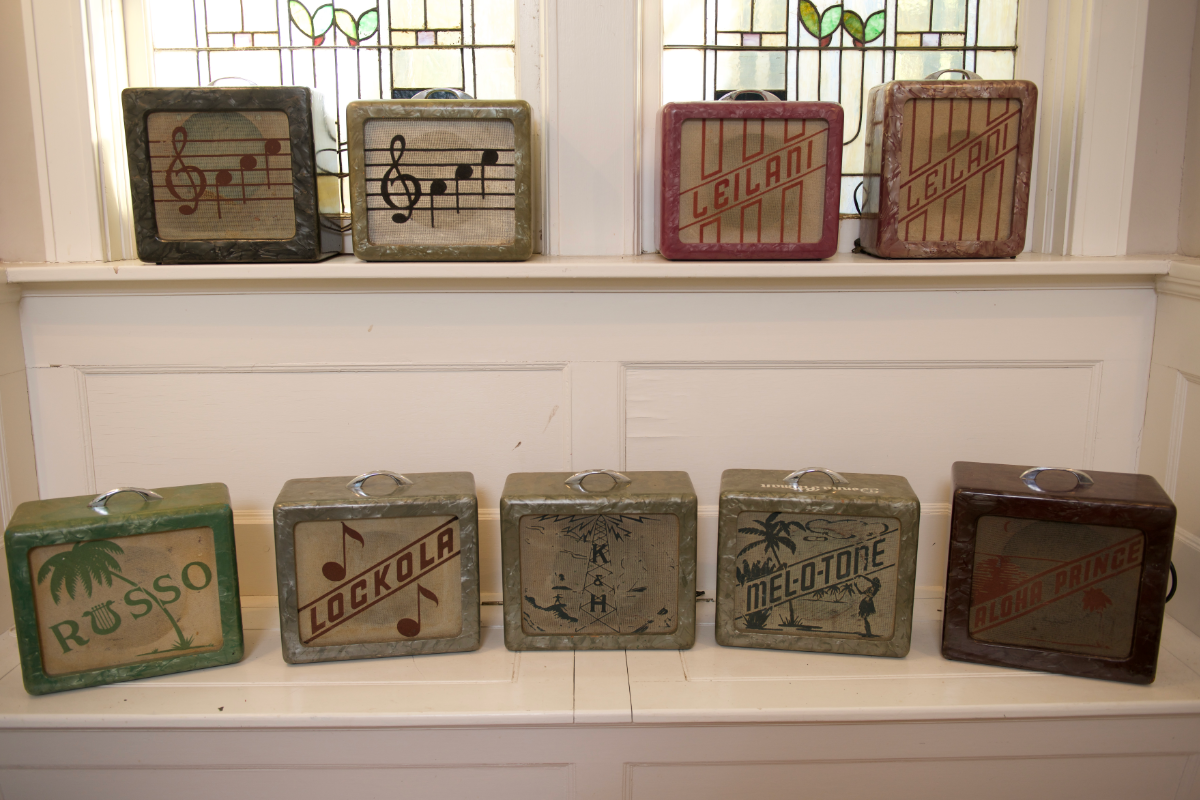 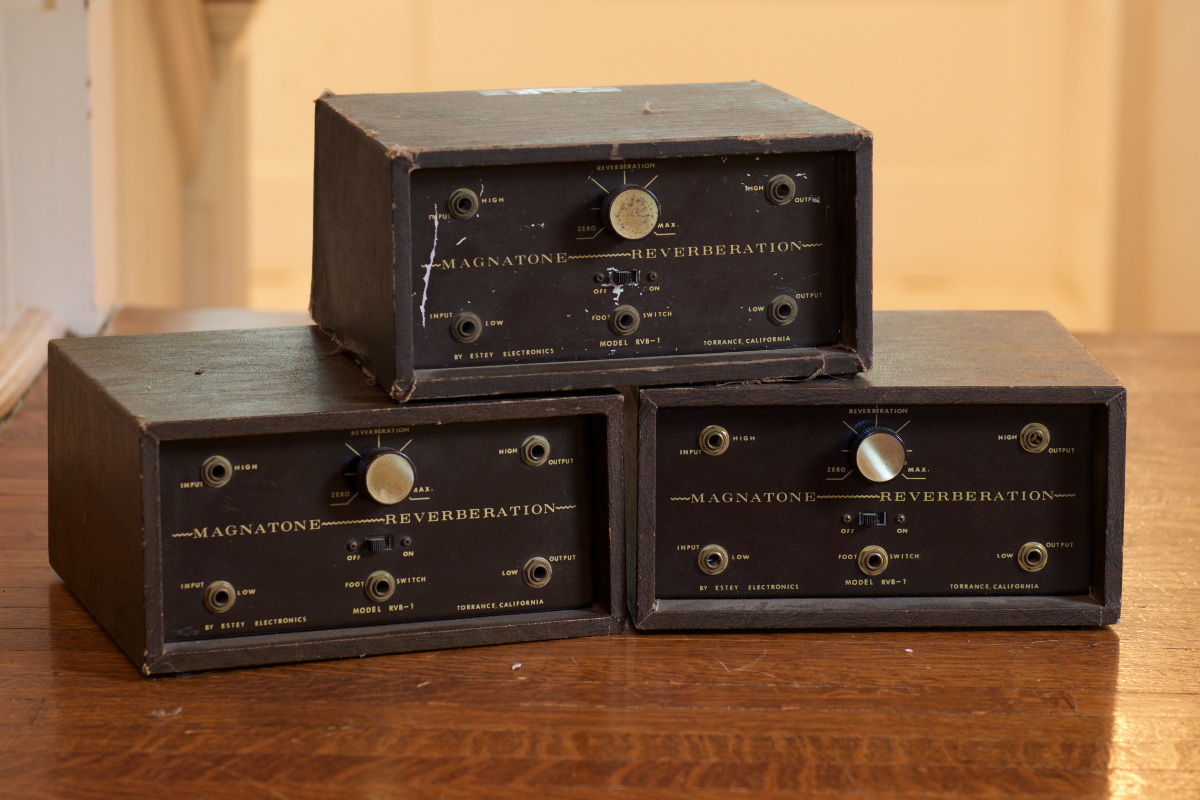 “There was one conflict. There was a label called Magnatone Records, and that was music-related. So I wrote a humble little letter to Curb Records out of Nashville, who owned the name, told them about my family connection, that I wanted to resurrect this brand and do it justice. The owner wrote back and said I was more than welcome to use it in every category except for recorded music. I submitted his letter, and it went through.

“That’s the legal side, and anyone can do a brand resurrection like that. Billy Gibbons was one of the first people I told that I now owned Magnatone. Another was Neil Young, who uses an old 280 stereo model. About a year or two into it, when Billy saw I’d made it a success, he said how impressed he was with me. A lot of people bring him ideas, say he should do this or that, but very few people actually go and do them, and then follow through. Billy said to me: ‘Ted, you don’t quit.'”

“I knew that if I brought back the Magnatone brand and was only making guitar amplifiers, that’s a relatively small market, dominated by legendary brands. So we had to have some differentiating thing about Magnatone. And we do: We have real pitch-shifting vibrato, and we want it to be the definitive benchmark. We still use varistors made of silicon carbide for vibrato in our mono and stereo models. That’s what Magnatone used originally to stabilize the image on old television sets in the ’50s, and for us it was the most important thing to keep identical to our patented circuit. 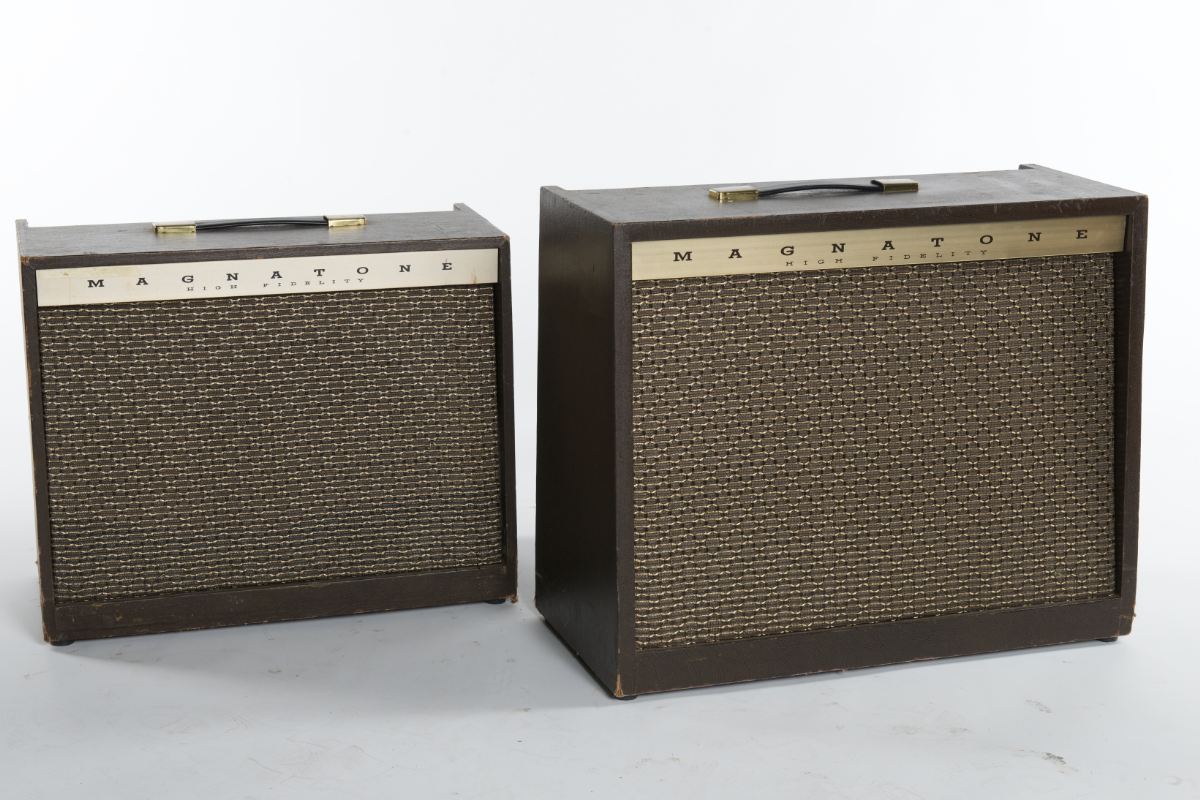 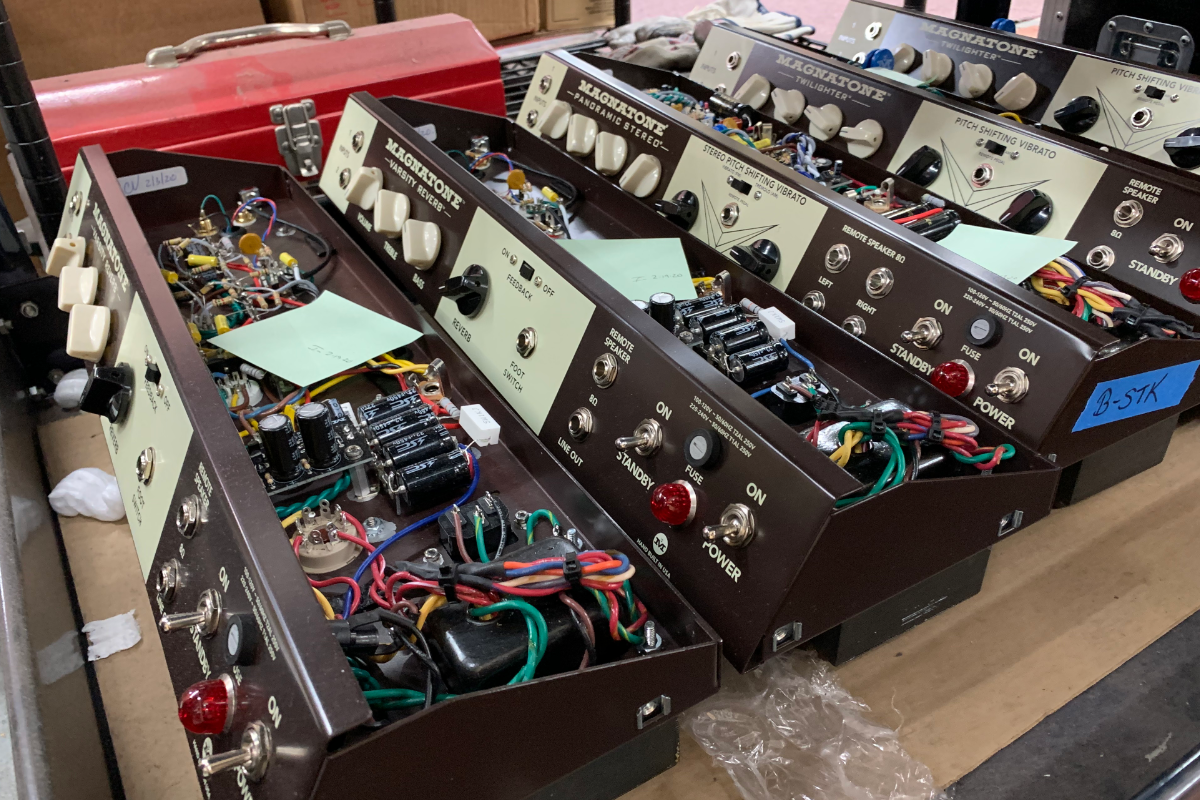 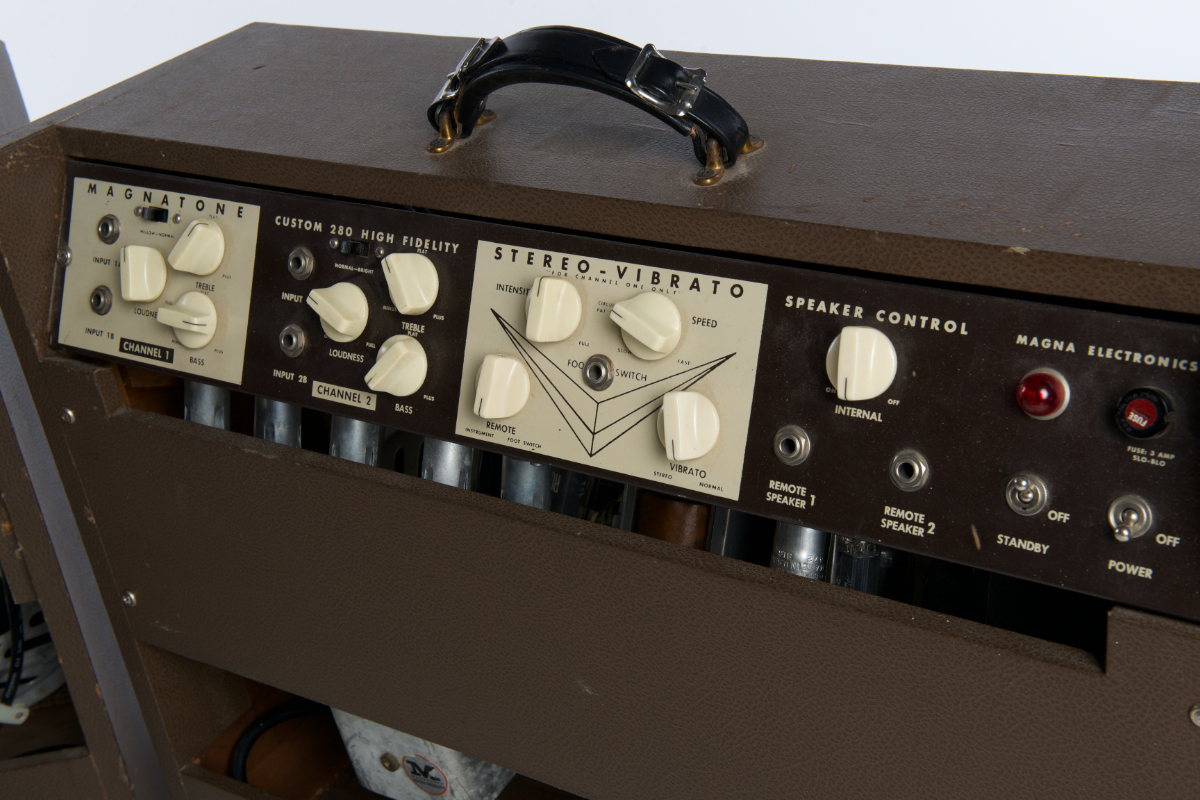 “I saw Neil Young’s guitar tech, Larry Cragg, who I’ve known all my life, told him I now owned Magnatone. He said he’d help me and give his input—and he’s still intricately involved in the sound of our amplifiers today. Anyway, at the start he said, ‘I gotta tell you, Ted, Magnatones had great stereo vibrato, but they weren’t great-sounding amps compared to ’50s Fenders. They were a nightmare to work on and repair, and they were not roadworthy. If you’re gonna do it, you’ve gotta make ’em better!’ So when people ask me what’s different about the new amps, I just say: ‘They’re better!’

“They’re all handwired, but we don’t point-to-point every little wire. We had custom eyelet boards made, so every part has a home—especially needed for the vibrato circuit, which takes up quite some space inside the chassis. All our cabinets are made of solid pine or Baltic Birch, and they’re all finger-jointed. We use leather handles made by the Amish in Lancaster, Pennsylvania. We replicated the chevrons on the spun fiberglass grille cloth—one for a mono amp, two for stereo—and plated them with 14-carat gold. Most importantly, I set out to manufacture in America, because I’m very much in favor of making products like Magnatone with American parts, work ethic, and pride.”

4. Launch your amp to the market

“I began to put a dream team of engineers together—and currently that’s Obeid Khan, who runs engineering, Dave Ryan and Diane Villani, who are master builders, Brian Harvey, who does final assembly, and Chris Villani, who runs production and operations—plus Rod Washburn, who manages our business and our worldwide sales.

“I wanted to have product development and R&D done before we came to market, and when we finally showed at NAMM for the first time, in 2013, I didn’t tell a soul. I didn’t invite one dealer to our booth, didn’t make any press releases. I wanted to shock, and one company in particular was shocked—Gibson. They came down to my booth and said they were showing Scotty Moore’s Magnatone amp at their booth, and they had no idea we were going to bring Magnatone back.

“From my perspective, the Magnatone brand had been frozen, and I wanted to thaw it over time. The worst thing when you bring something new to the market is to overhype it. And one of the worst things to do is to say our amp is better than some competitor. There’s only seven or eight amplifier brands in the history of the world that matter. And that’s it. We all know who they are.

“I always tell people the same thing, which is that when a company is in business for 50 years or 100 years, consistently, it’s tough not to take side roads and make mistakes. Everyone does, because they need to make lower price points or they need to increase their capacity. But really, I wanted to learn what their mistakes were and not repeat them.”

5. Get some artist power

“Billy Gibbons remembered the ’50s brown Magnatone amps and was really not a big fan of their aesthetics—and anyway, he wanted an amp to have a master volume feature. I thought OK, he’s a Marshall guy—that’s the holy grail of British tone. Then I went to see Neil Young, and he was all about the brown Magnatone era and the Buddy Holly model 280—he still uses one today, along with a couple of our new Twilighters. 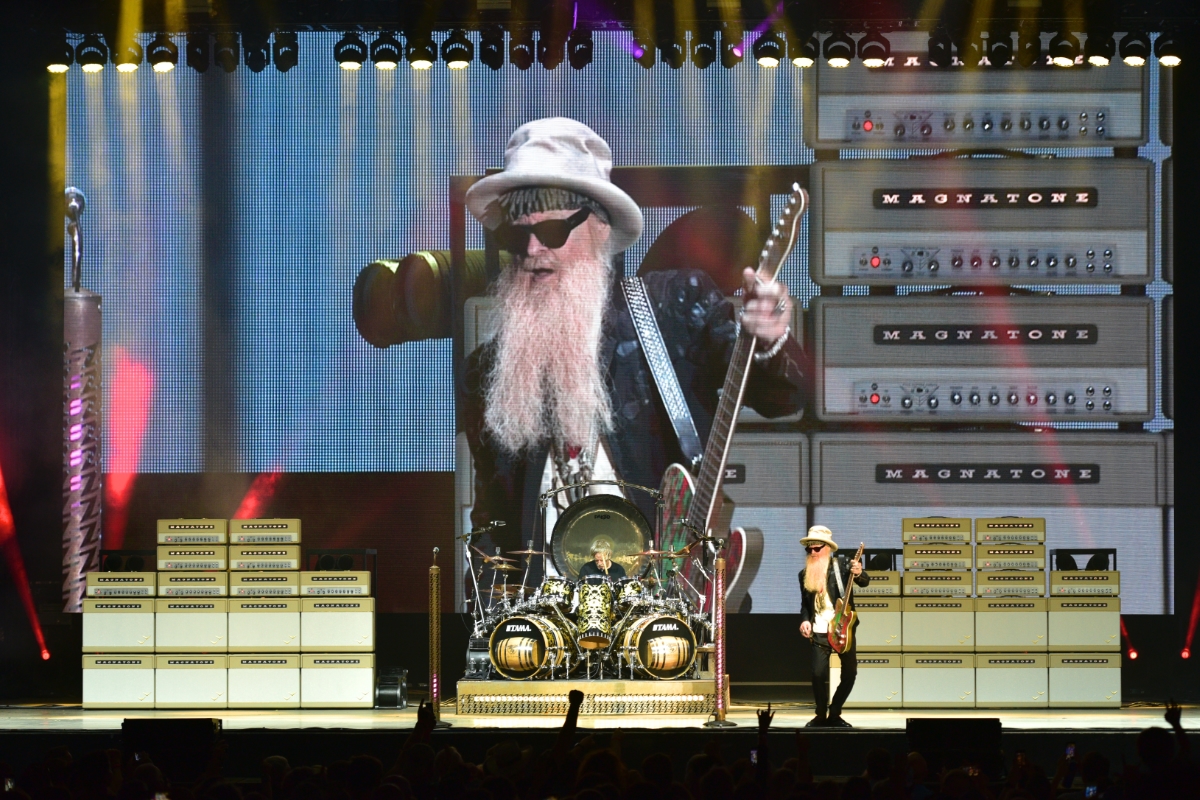 “So Billy didn’t really want to discuss anything about the brown amps and their sound. He wanted me to ‘retain the gain or feel the pain,’ which is exactly what he said. Neil didn’t have any interest in going after the Marshall sound. He wanted to get power tube distortion and turn it up loud. And Billy was like, ‘Well, I don’t play loud.’

“I thought OK, why don’t we just make two different collections of models and please them both? And since I’m not a fan of channel-switching amps in general, we separated the new Magnatones at birth, so to speak, into our Traditional Collection and our Master Collection. One has master volume, the other doesn’t.

“I made a vow that I would not give any Magnatone amplifiers away for free. We don’t to this day. If a musician won’t pay for it, that means they really don’t need it. ‘One listen is worth a thousand words,’ is what Larry Cragg says. You’ve just got to plug it in and listen to it.”